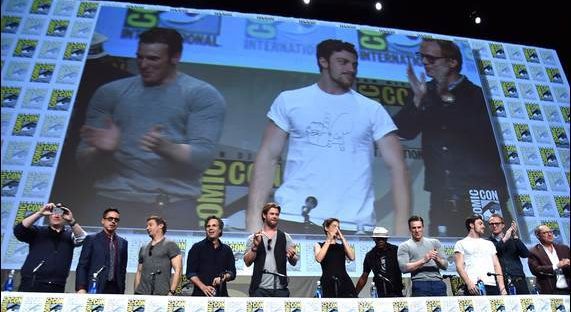 As we’re at the two-week mark, Comic Con is releasing the official schedules and this morning they released the Saturday one for July 20th.

Marvel Studios will hold their Hall H panel on July 20th at 5:15pm Pacific. And it’s a pretty long panel too with a full 90 minutes dedicated just to Marvel Studios and Kevin Feige’s presentation. Compared to the small amount of time they have at D23 Expo, this Hall H panel will give them all the room they need to talk about all the big reveals they want to.

Hall H panels are not live-streamed, but there is usually good enough cell signal within the hall for people to live-Tweet and provide updates via social media and websites. MCU Cosmic will do our best to provide live updates from the panel as it happens.

This is likely where we’ll learn the first details about Phase 4. Reports from earlier in the week said an assembling of Avengers could also be possible at SDCC, and it could happen at this panel for one last goodbye.

Even if that doesn’t happen, we’re likely to hear the first official details on Black Widow, The Eternals, and Shang-Chi. Movies further out such as Black Panther and Doctor Strange are also possibilities, and there are always surprises.

It’s been a long wait to hear anything official about Phase 4, but we only have two more weeks to wait!